(604) 299-4008
[email protected]
Book an appointment
HomeDreams Personal Stories Work Dreams Part 5: Dying in your dreams can be a good thing.

Dreams Part 5: Dying in your dreams can be a good thing. 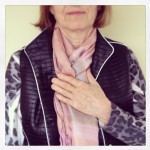 May 6, 2013 By Bea Mackay Comments are Off Dreams, Personal Stories, Work

To dream of yourself or someone else dying in your dreams can be disturbing.  But dying in a dream is often, meant metaphorically, not literally.

Sandy, a mom with two children, was thinking about going back to work.  Growing up, her mother when back to work when she was 10.  She was the eldest of 5 children and had to be responsible for her siblings when mom was not there.  It was too much for her.  As a mom, she was determined not to do that to her own children.

When her youngest daughter entered school full time, Sandy’s life changed.  She had much more time.  She thought about going back to work.  She’d loved her job as a elementary school teacher. Yet she was concerned about how her going back to work would impact each of her children, especially her eldest child.  She struggled with the decision.

One night she had a nightmare that her youngest child died.  She woke up in distress.  While thinking about the dream she realized that the dream was not about her daughter, but an aspect of herself.  Her youngest daughter had been so excited to go to school and was enjoying it immensely.  Sandy wanted to get back to school again and the nightmare was telling her if she did not go back to work, a part of her would ‘die’.  Her youngest daughter represented that part of herself (a daughter is related to a mother) that was keen to go to school, that is, get back to work.  Sandy solved her dilemma by taking a position of Teacher-on-Call so she could work if she was called in, yet decline if she needed to stay at home with her children.

Personal Experience:  Death of a relationship.

That was years ago and my brother is still very much alive today.  What died in the dream was my belief that we could have a more connected relationship.  My dream was telling me to give up; it was not going to happen.  So I stopped trying.  We have had a relationship all these years, it is not the relationship I longed for, but it’s OK. I accept it as it is.

In my 30’s I did major work on myself through intensive therapy.  Much of the therapy centered on my dreams.  I kept a dream log during this time.  One time I  read through a series of dreams and identified a recurring symbol in them.   As dreams can have recurring themes they can also have recurring symbols.

The symbol I notice was a retaining wall.  Sometimes the retaining wall was made of wood, sometimes stone, sometimes high, sometimes low etc.  When I talk about this dream I always put my hand on my chest, just over my heart.

Here are the last two dreams I remember having about a retaining wall.

I dream I’m in the ocean.  I’m at the base of a sheer rock cliff.  The waves are dashing me against the cliff.  I say, “If this continues, I’m going to die.”  Suddenly, there are metal rungs on the cliff wall forming a ladder.  I climb up out of the water to the top of the cliff.  The dream ends with me chatting to a woman who is sun tanning on a lawn chair.

In this dream, the retaining wall has water on both sides of it.  I’m in a powerboat and I’m travelling toward the retaining wall.  I’m trying to go over it in the boat.  Why?  I don’t know.  I’m just going to do it.  As I approach the wall, the boat goes up, in my mind’s eye there is a big wall of green water, and in my chest there is terror.  My boat crashes on the wall and I die.  But I do not wake up.  I say to myself, “No. No.  It’s not supposed to be like this.”

I start to do a replay.  I’m in the powerboat again.  I’m heading toward the retaining wall again.  I’m determined to get over it.  As I approach the wall, my boat goes up, the same wall of green water in my mind’s eye, and same terror in my chest.  This time I make it over.  The dream ends with me driving my boat slowly on a peaceful ocean; there are other boats around me.  In my chest, where the terror was, I felt a deep sense of peace.  The next day, I found myself doing things without thinking about them and saying things without thinking about them.  I became more spontaneous in a positive way.  That has never stopped.

The retaining wall represented the part of me that held myself back. Growing up, I learned to keep myself safe by holding myself back.  In order to come fully into myself, that part of me needed to die.  With all the therapy I had had up to this point I had arrived at the place where I could risk letting that part of me go.  It was difficult to let go of a way of being that helped me survive childhood, and some of my adulthood, but it was time and I was ready for it.  I know that I would never have done the things I have done if that part of me had not died.  I would never have gotten a Master’s degree, Doctorate, become a psychologist, written a book and other things, if that part of me had not died.

When trying to understand your dreams, remember – they are often metaphorical.