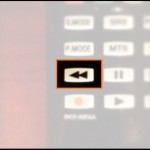 When people have a negative interaction with each other, one or the other can ask for a replay of the interaction, during which they each alter their exchange in a positive way.

Yesterday I saw a couple for the first time.  They are a feisty couple, very engaged with each other, but at this point in their relationship, not in a good way. In the session, I was able to get them to take responsibility for what each was doing that was not working for them.  I asked each to take responsibility for what they were doing in their interaction and work to change themselves rather than trying to change the other.  We discussed specific ways they could change. Both are strong-willed yet still open to change.  They were desperate for change and willing to try something different.

At the end of the session, while I was writing out the receipt, the couple had a small interaction that was their usual way of reacting to each other.  Each was assuming the negative about the other. They realized what they had just done and were smiling at catching themselves doing it. [This type of smile is called the recognition reflex]. Neither knew what to do next.

So I said to them, “Let’s back up and do this interaction again – only differently.”

Joe was smiling because he felt good about how the session went.  He was looking at Amanda wondering how she was feeling about the session, but he did not say anything.  He was apprehensive that her reaction would be negative.

Amanda saw the look on Joe’s face and said to him, “When you crinkled your face up like that it makes me feel insecure about how the session went.”

I said to Joe – Smile again at Amanda, and tell her how you were feeling about the session.

Smiling, Joe said to Amanda, “I feel good about how the session went.”

With a warm smile, Amanda readily responded, “So do I.”

Both smiled even more.  The positive emotional connection between them was clearly evident.

I thought,   “This couple is fun to work with.”

Couples, and others, can learn to shift their interactions from negative to positive by backing up, redoing them differently.  They just need to learn what to say that would work.