June 8, 2021 By Bree BV Comments are Off Articles, Emotions 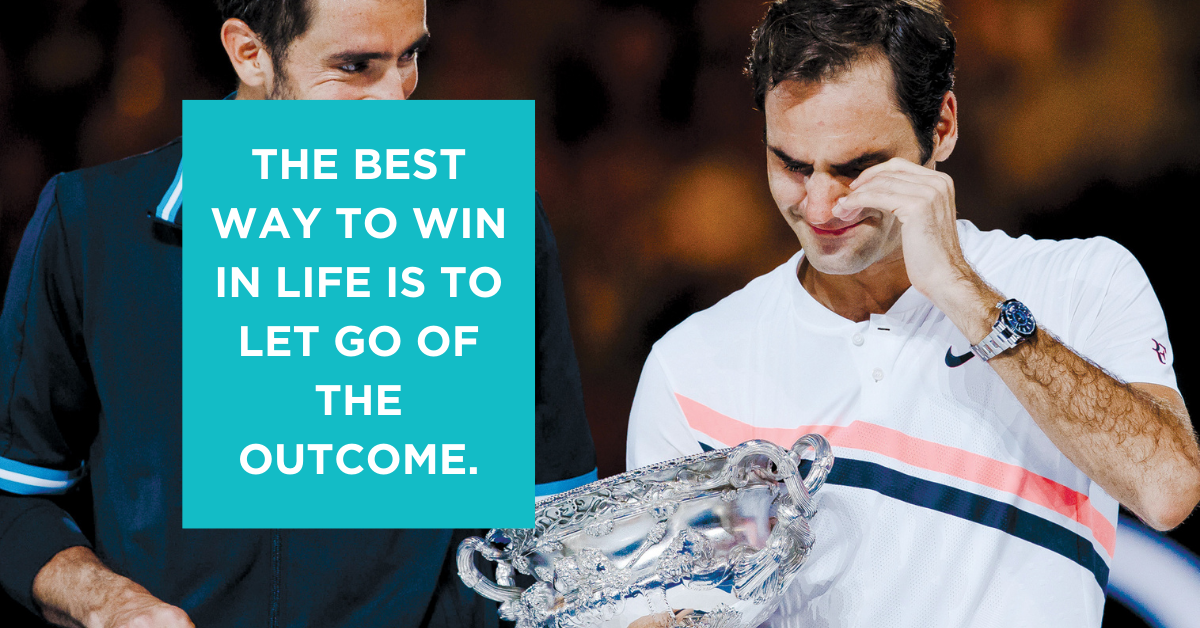 January 29, 2017, Roger Federer lifted his 18th Grand Slam Trophy at the conclusion of the Australian Open Tennis Tournament. He is a great champion because he exemplifies what great champions do – time and again they overcome adversity to rise to higher levels of performance.

Federer has overcome a lot of adversity. One significant example is his performance at the 2008 Roland Garros final against Rafa Nadal. Federer won only 4 games over three sets. In terms of the survival skills of flight, flight or freeze, he was frozen in terror during the match. He could not play. When he hit the ball, it would go all over the place because he was so tight. At the end of the match, Nadal had a puzzled look on his face as he stretched his winning arms up in the air and walked toward the net to shake Federer’s hand. At the final ceremonies, during his speech, Federer apologized for his level of play and promised to perform better next time.

I don’t know what emotions Federer felt during and after that match. I can only guess he felt frustrated, bewildered, shocked, ashamed, bitter, disappointed, out of control and more.

He experienced another devastating loss at the 2009 Australian Open when he lost to Nadal again. This time he was going for a record-breaking 14th Slam title to equal Pete Sampras. He was expected to win because Nadal was tired from playing a long gruelling 5 set match in the semi-final. Again, Federer played badly. His emotions were evident during the final ceremonies as tears streamed down his face and he struggled to speak. Nadal, his friend and tennis arch-enemy, put his arm around Federer’s neck, expressing caring, warmth and friendship. I’m guessing it felt bittersweet for Federer.

Most people tend to avoid bad experiences. No one wants to experience painful difficult feelings if they can help it. It is common for people to try to avoid any situations where they might feel awful feelings, especially the sensations of the feelings. They become invested in avoiding. They try to control the outcome. By doing so they behave differently than they would behave if they didn’t try to control the outcome. They do behaviours, which limit their abilities. The byproduct – their performance level drops and they are more likely to fail. For many people, the fear of feeling the difficult painful sensations of failing become more important than the exhilarating sensations of winning and success.

How has Federer overcome these (and many other) difficulties? He is not afraid of feeling difficult feelings. (That does not mean that he likes it.) Somehow he processes the emotions so that if they happen, he knows he can get through them and survive – well. It takes courage and strength to process emotions.

As well, he has enough successes in his career and in his life that make the risks worth it. He knows the best way to win, and win big, is to play at his best. That means not controlling the outcome. The answer mostly lies in his attitude –

Quote from Roger Federer at the pre-match interview at the 2017 Australian Open: “There’s only one match left. I found it’s so great already. Just like – Let it [the ball] fly off your racquet and see what happens.

He let go of the outcome.

IT’S OKAY TO BE ANGRY. IT’S WHAT YOU SAY AND DO WHEN YOU’RE ANGRY THAT MATTERS