(604) 299-4008
[email protected]
Book an appointment
HomePersonal Stories Communication Skills Articles When Should You Go to Therapy? 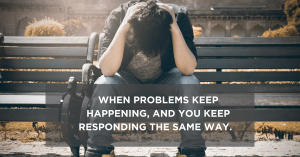 If you are in a good place, i.e., you are not particularly stressed or bothered about anything, you may think there is no reason to seek therapy, so you cancel the session.

However, I encourage you not to cancel.; When you have nothing pressing, issues can come to the foreground that need addressing.  I often find those are the most productive sessions my clients have.

You are conflicted – part of you wants to face certain issues and part of you does not. Often this frees up the energy to realign, – creating new neural pathways with different pleasant/calm sensations.

Procrastination: arriving late for sessions is another unconscious way to avoid dealing with issues. 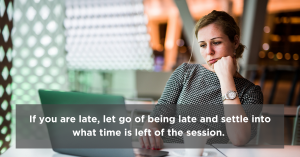 If you are late, let go of being late and settle into what time is left of the session.

Take two minutes to breathe and shift gears from being in the outside world to being in therapy.

Sometimes you can be even more productive when you do that.

One time, a client of mine came rushing to her session. She was late.

She apologized profusely for being late, explained why she was late and berated herself for being late and wasting my time. She said she had something important she wanted to address, and now she would not have time to do it.

I listened to her for 3 minutes, and then I said I want you to put the issue of your lateness aside; we will revisit it at the end of the session. I would like to see what we can accomplish in the time we have left. Do you think you can do that?”

She nodded, and we focused on her issue for the remaining time.

At the end of the session, I asked her how she felt about what we had done.  She said she felt good about it.  I asked her if she had gotten what she wanted and needed from our work together.  She responded, “Yes, more than I thought I would.”

If you’re late, make use of whatever time you have.