Why People Explode in Anger 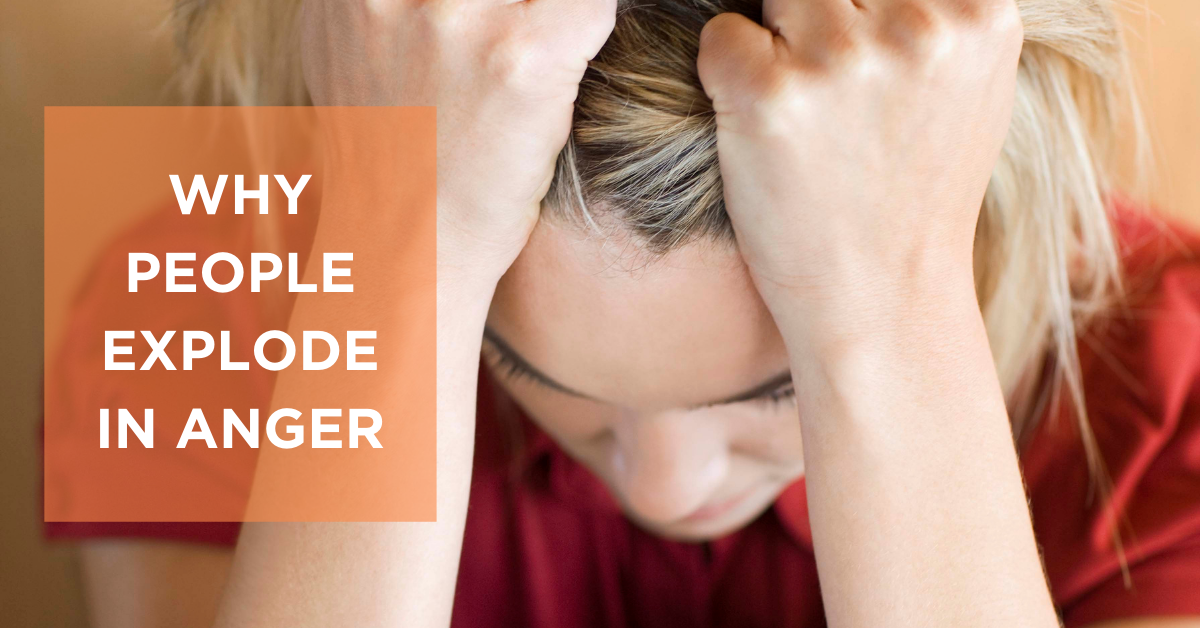 Scenario: Mary sighed. She’d blown her top—again. After the last time, she’d promised herself that she would not do it anymore, but she’d just lost it again.

Mary had been cleaning the home for a couple of hours. Ralph had come home from soccer and was in the shower. She walked into the bedroom to get something and found a pile of his sweaty clothes on the floor. This was an ongoing struggle between them. Mary had asked him many times to put his dirty clothes in the clothes hamper. Annoyed, Mary swept up the clothes, put them away, and went back to cleaning the home. Half an hour later, she walked into the bathroom and saw his wet towel lying on the bathroom floor. She lost it and went into a rage. She grabbed the towel and stomped off to find him. He was sitting on the patio, relaxing. Seeing him relaxed infuriated her even more. She threw the towel in his face and yelled obscenities at him. Finally, she stomped off. Ralph sat there in shock, wondering what had just happened.

Often there is a cycle of anger and peace. A person blows-up, and then there is a period of peace. But life is life. Things happen, and often, they are not significant. A small annoying event will happen, and it will get dismissed. There is tension. Another irritating event follows, and it gets pushed under the rug. Tension increases. Another frustrating event and anger is pushed aside. More tension. Another event and the anger is swallowed. Tension builds. After several more frustrating events, another small event happens, and a person blows up in rage. Usually, there is confusion because the nature of the event did not warrant the intensity of the anger. Others will ask, “How could you get so mad about that?” However, the tension is released. Now there is peace again—at least for a while. The building process starts again. It’s like a stack of coins; each coin is like a frustrating event. The stack gets high, then one more coin is put on the stack, and the whole stack falls over.

For Mary, it was not just the wet towel on the bathroom floor; it was the many wet towels on the bathroom floor, the dirty socks around the house, the jacket hung over the back of the kitchen chair, the newspapers scattered near the couch, the shoes cluttered by the door, dirty dishes on the coffee table, etc. 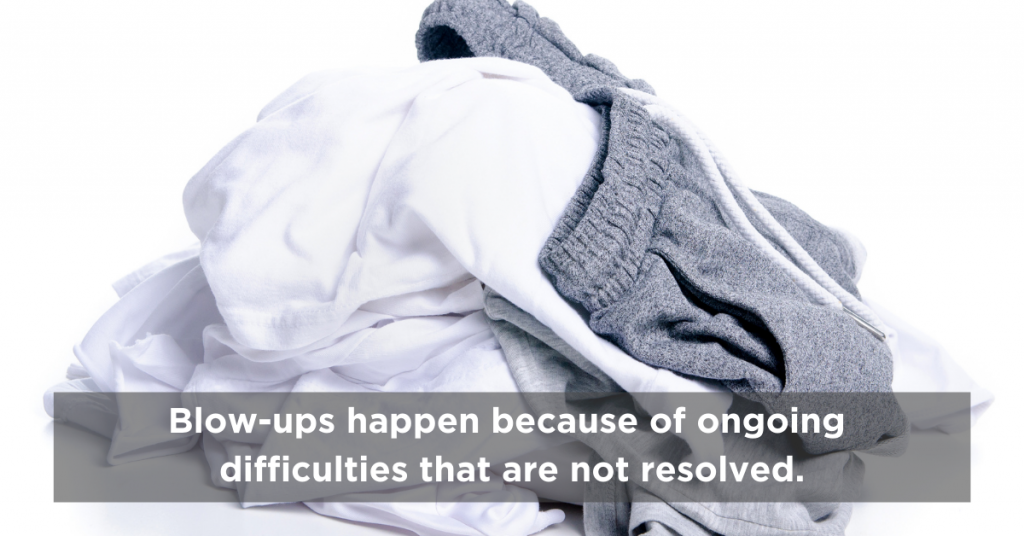 Underneath the anger, Mary felt out of control and unappreciated. She tried everything to get Ralph to help around the house. She felt resentful that Ralph was playing while she was working. It seemed to her that she did the major share of keeping the home in order. Finally, she snapped and went into a rant.

Blow-ups happen because of ongoing difficulties that are not resolved. There is a buildup of tension that is not released. At some point, the buildup gets so intense that it cannot be contained.

How to Make a Change

Make a change by interrupting the cycle. Bring up unresolved issues during the phase when tension is building. In this scenario, Mary realized that if she did not address this with Ralph, she would blow-up at him again. She asked him to set a time when they could talk. Together they picked a time they were both available. Mary felt less frustrated, knowing that the problem was going to be addressed. When the time came, they sat down together and explored the issue. They did not come up with solutions before they figured out what the real problem was between them. This helped them feel connected to each other. Once they were connected emotionally, they came up with solutions to experiment with. Each felt better about the other.

Ralph, too, could have initiated the discussion with Mary. After she calmed down, he could have asked her for a time to talk.

Each Partner Has a Part in the Cycle

No one person is at fault. Whatever is going on between two people is co-created by them both, and each needs to take responsibility for his/her part in the negative cycle.

When issues have been discussed unsuccessfully before, couples need to change how they address them. The exercise “Sooner Rather Than Later” is a useful tool that gives couples a protocol to follow when addressing and resolving issues. 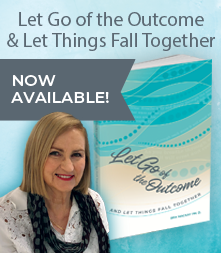 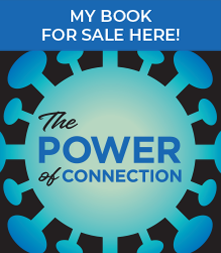